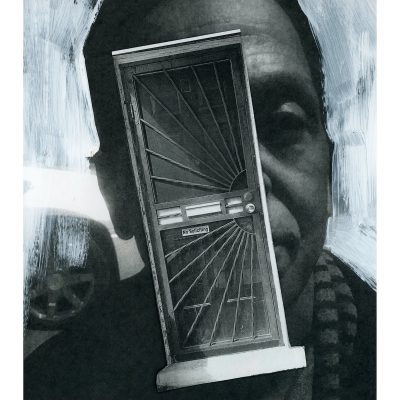 On the 50th anniversary of the uprising of 1967, Sector 7-G Recordings and Sterling Toles present Resurget Cineribus. The original 2005 recordings have been remastered by Bonati Mastering with a high fidelity to the dramatic intent of the original production.

Sterling Toles’ Resurget Cineribus is the story of “Detroit 1967” reappearing in the world as a human being, Dennis Edward Toles, Sterling’s father. In 2002, the year he turned 50, Dennis came over to Sterling’s basement studio as he routinely did to catch up. What started initially as Sterling’s idea to record him “talking shit” over a Marvin Gaye record suddenly became Dennis’ chilling account of what was happening in his life, the second the music became silent.

Dennis was seeking to heal from an addiction, by returning to the work that led him to that addiction, to fund his recovery. Around this time, Sterling was ruminating on news clips about the uprising of 1967 and the possibility of setting these to a musical score. Also around this time, Sterling discovered the city’s motto Resurget Cineribus which means “it shall again rise from the ashes” which was adopted in 1805 when the settlement of Detroit burned down. Consumed with the notion of fire and rebirth, Sterling listened as his father shared a recent incident of waking up to a molotov cocktail lighting up his living room. Sterling saw, both literally and metaphorically, that the combustible events of 1967 were unfolding inside of his father in the present day. He saw Dennis’ longing to transcend his past, to return to it in order to break free of it, as mirroring the desire of the city itself to be reborn.